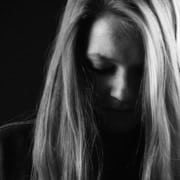 When we think of “confirmation bias” we typically think of politics. As voters, confirmation bias is when we hold a particular belief, then selectively look for evidence to support it; this is typically an unconscious process (i.e. we are not aware we are doing it). The problem with this is we miss evidence to the contrary, and therefore, we do not have the complete data.

What is emotional confirmation bias?

When it comes to our emotional well-being, confirmation bias is when we hold a belief about ourselves, then selectively look for evidence to support that belief; and like political confirmation bias, this is an unconscious process. For those that struggle with low self-esteem and/or depression, this  Emotional Confirmation Bias (ECB) shows up when examples of low self-worth seem to be the only data available. All of the great qualities seem to vanish; and often, even when the great qualities are pointed out, reasons to refute the compliments seem to automatically pop up.

You can see how this could become problematic. Typically, people don’t even know that they are doing this, so the cycle continues. Mindfulness practice is a great way to catch ECB since you become aware of your thought patterns.

An everyday example of confirmation bias

A less intense, but well-researched example of this is when we walk under a streetlight and it turns on (or off) and we suddenly remember all the times that this has happened, then draw the conclusion that we must have some amazing electrical ability to turn streetlights on (or off) with our mere presence. We conveniently forget all the times that nothing happened. A more common example is the magical thinking that has us thinking that if we wash our car, it will rain.

What to do about it

If you follow this blog, you’ve probably noticed a trend towards mindfulness being an integral part of most solutions. ECB is no exception. It is far easier to change the thoughts and behaviors that create suffering when we are aware of them. So, first acknowledge that it’s not a crime to have confirmation bias. Then acknowledge that it is creating suffering that you’d prefer to be rid of. From there, we deal with the ANTS.

Watch PBS long enough and you’ll come across a series of lectures by Dr. Daniel Amen. He is a clinical neuroscientist and psychiatrist. And a very talented one at that. One of the best concepts I have learned from him is that of ANTs. Automatic Negative Thoughts. A bell probably just went off in your head. And you can probably see the connection forming between them and ECB. Automatic Negative Thoughts are a symptom of ECB.

ANTs are those horrible feeling thoughts that just seem to pop up out of nowhere. They leave us feeling dark. Hopeless

I am particularly fond of the ANTs acronym because of the visual it creates. When you’re in your backyard or at the park, and you see a few ants crawling around looking for food, you know that there is a mound somewhere close, and in that mound are thousands more of those little buggers. And where there’s a mound, there’s a queen. . . and when the queen dies, the mound dies; but not immediately. This is remarkably similar to how ECB and ANTs work. When you see one, there are likely other ones lurking around the mound between your ears (your brain). And all of them are probably tied to a more manageable number of queens. So how do we create an ant-eater for the individual ANTs and something to knock out that queen? We leverage structure and our rational/logical mind!

Debating your own mind

Dr. Amen says that your brain will lie to you. A lot. For most of us this creates mild annoyances and misunderstandings, but for others, it can be rather traumatic because those mounds can build up to be bigger and bigger, and eventually feel unmanageable. That’s why we use the other side of the mind: Rational logic to debate the dark emotions.

Then we wrap up those questions with what Dr. Amen calls a “Turnaround Statement.” This is a more plausible explanation of whatever we are directing the ANTs at. For example, if you are on a 2nd date, and y’all planned to meet up at 7 pm, but your date isn’t there at 7:15, an ANT would say that you have been stood up. Or that you don’t deserve to be happy. And so forth. The turn-around statement could be, “He/she could be late because of traffic. Or an unexpected call from a family member.” Getting started with this process can be difficult as those ANTs took time build, and they don’t just vanish. But taking out just one ANT starts the process.

So what about that queen ANT?

That’s where Mindfulness-based Cognitive-Behavioral therapy comes in. We will begin to notice the thoughts, ANTs, and ECB, and as you understand them better, and dismantle the irrational parts, the queen falls.

Do not give up. Just getting started squashes a few ANTs and challenges the ECB. You are not alone with this.

Learn more about Counseling in Austin.

END_OF_DOCUMENT_TOKEN_TO_BE_REPLACED

I was referred to Jonathan by a friend after the loss of a very good friend through suicide. Jonathan guided me through the grief process and that morphed into understanding much deeper and suppressed feelings and thought processes as well as unhealthy coping mechanisms during times of stress I had developed as a child. I felt that even though it was my journey of sorts was mine and mine alone I never felt that I was by-myself. I will always appreciate Jonathan’s frankness, ability to get me to talk about things that had been buried my whole adult life as well as giving me the “tools” to sort … END_OF_DOCUMENT_TOKEN_TO_BE_REPLACED

Jonathan Anderson has been very instrumental during a difficult time in my life. He allows the conversation to follow the path of my needs, and is quite capable to keeping me focused during our discussions His experience in marriage counseling has been valuable during the last couple of years. My need was not for the marriage itself, but for family medical issues. He has assisted me in providing the support for my husband during this most difficult time, while at the same time insuring that I did not forget how to take care of myself both emotionally and physically. I would highly recommend yo… END_OF_DOCUMENT_TOKEN_TO_BE_REPLACED

I started seeing Jonathan almost 10 years ago, initially for the reoccurrence of a traumatic event, and continue now on with him as a life guide. I quickly found comfort in his care with his eclectic, empathetic approach. Within minutes he has a way to pinpoint a concern and delve straight into it. I owe quite a lot to Jonathan for the changed person I am today. I now have a gift of a toolbox to fight stress, anxiety, insomnia, anger, depression and fear. It’s hard to believe I can say this but with Jon’s help, that trauma event no longer owns me. I have self confidence and feel a different t… END_OF_DOCUMENT_TOKEN_TO_BE_REPLACED

The “Time Trap”
Scroll to top
We use cookies to ensure that we give you the best experience on our website. If you continue to use this site we will assume that you are happy with it.OkPrivacy policy