Blog
You are here: Home / Blog / Couples and Marriage Counseling / How to Have a Healthy Relationship 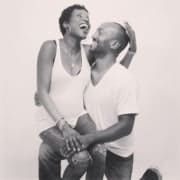 I’ve been asked a thousand times: how do happy couples make it work? I’ve asked hundreds, and the Gottman Institute has asked thousands, and the answer is consistent: “When we disagree, even if we don’t resolve or fix it, we know we can talk about it.”

An effective couples therapist will show you how to communicate at home to manage conflict so you don’t have to keep coming to therapy.

Research by the Drs. Gottman and Levenson at the University of Washington (Gottman and Levenson, 1999)* show that nearly 70% of conflict in a happy healthy relationship is perpetual, meaning it doesn’t get resolved in the traditional sense of the word. Seventy percent! Lots of people get scared by this, but fear not! It means that conflict itself is not correlated with relationship failure. What makes the healthy relationships successful is that the happy couples are able to have a discussion about the conflict rather than getting stuck in gridlock. So, learning to manage conflict through a healthy discussion is important. Gottman Method Couples Counseling teaches you how to do this.

Seek to understand before seeking to be understood

When it comes to how to communicate, the rule of thumb is a Stephen Covey prase, “Seek to understand before seeking to be understood.” This means that when you want to be heard and understood, it helps to hear and understand the other person first. . . this helps them focus on your message rather than trying to be heard. Remember, understanding your partner’s perspective does NOT mean that you agree with it or support it; you’ll have more luck having your disagreement heard if you show that you hear them, though.

Know when to take a break

Sometimes, in the process of seeking to understand, people get heated because they hear things differently, or simply forget to hear the other person first, and both people are busy pushing their agenda rather than listening. Knowing when to take a break helps. Taking a break needs to be done in an effective way to get the full benefit. Saying something like, “Woah, this is getting tense. Let’s take a 30-minute break and then try again” is helpful. The key point is to not engage in criticism or blame AND to specify a time limit. The time limit prevents one person from hanging in limbo wondering when they will be heard…this is often what leads to one person chasing the other around the house trying to be heard! During the break, each person should practice self-soothing techniques like breathing, meditation, yoga, hobbies, etc.

Because so much conflict isn’t technically resolved, there are times that people’s feelings get hurt. A healthy, happy relationship can withstand this so long as the offending party (which is often both) makes a “repair attempt” where the hurt feelings are acknowledged and some kind of repair is offered (an apology is only one example of a repair effort).

To learn more about red-flags to look out for and how to fix them, please visit my Couples Counseling page.Jonathan F. Anderson, LPC-s has worked in the helping profession since he started college in 1990. After completing his Bachelor’s degree at the University of Texas, Austin in 1994, he attended the highly-regarded University of Minnesota to earn his Master’s degree in 1997. He is a Licensed Professional Counselor and is recognized as a Board Approved Supervisor by the State of Texas Board of Examiners of Professional Counselors. Jonathan has completed Level-2 of the Gottman Method of Couples Counseling, and in 1998 received training by the International Critical Incident Stress Foundation in Advanced Critical Incident Stress Management & Debriefing. To learn more about Jonathan’s practice, click here: Jonathan F. Anderson, LPC-s.

How to Stop Being a Martyr: Stop setting yourself on fire
Scroll to top
We use cookies to ensure that we give you the best experience on our website. If you continue to use this site we will assume that you are happy with it.OkPrivacy policy