Blog
You are here: Home1 / Blog2 / Everyday Life3 / It’s Probably Not About You: A lesson in not taking things perso... 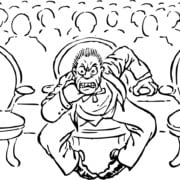 It’s Probably Not About You

An easy phrase (or acronym: IPNAY) to remember when you’re driving and get cut-off in traffic . . . It’s probably not about you. When somebody does something like that, it has more to do with what is in their head, and far less with you. Maybe they have an injured child in the back seat and they are rushing to the hospital. Perhaps their dog is seizing and they are trying to get to the vet. They may just be having a bad day and are in a hurry and being rude. Even IF they do think that they deserve to be in front of you for some reason, that still indicates where their head is at; not a comment on your value.

This extends to almost any situation, not just road rage. If a friend of yours is irritable and gets snappy with you, there’s a pretty good chance that this is due to how their day is going, and how they are doing inside their head. Let’s assume that YOU have been a jerk to them. Well, in that case, I’d tell them “It’s probably not about you.” When it IS about you, it’s probably related to how you are treating other people.

We show people how we are feeling inside

Children are particularly known for this, in very obvious ways. The emotion center of their brain is not fully connected to the language/speech center of the brain. And the logic center that makes sense of things isn’t fully wired up either. So they “act out” when they are upset; they show us how they are feeling. It is no surprise that kids in toxic homes tend to get in trouble more often.

Adults do this, too, sometimes in far more complex and sometimes subtle ways. Consider this situation: The boss yells at her employee, perhaps unfairly, then the employee goes home and yells at the dog for drinking water too loudly. Clearly, the dog did nothing wrong. The yelling was not about him. It was about his owner’s state of mind. The same applies to his boss. Her yelling was not about him (her complaint about his work may be valid, but how she communicates it is what we are talking about). It was about her frame of mind. She showed how she was feeling on the inside, but the employee may not know what happened to create that mindset. She was in a fender-bender because somebody was angry and distracted and rear-ended her at a stoplight. The other driver’s anger was not about her. This causality line goes all the way back to the beginning of the universe, so let’s keep it simple and ask yourself, “What is my part in this? How can I change my own mindset so I don’t spread it to other people?”

More complex/subtle acting out by adults might show up as passive-aggressive behavior, manipulativeness, various defensive debate techniques like pivoting, distraction, double-speak, gas-lighting, and exclusive language (words like “always” and “never”).

Don Miguel Ruiz wrote a classic book based on the teachings of an ancient culture in Central America, the Toltec. The idea is that we make agreements with society (and ourselves) that are often not true and lead to suffering. The Four Agreements suggests that we need to make 4 new agreements that will transform our lives (*I include the 5th agreement that is from another book cleverly called The Fifth Agreement by Don Miguel Ruiz and his son, Don Jose Ruiz):

When it IS about you

When you get defensive about being cut off, unfairly criticized or chided, etc., your defensiveness IS about you. The other person’s behavior is NOT about you (unless you made a mistake, but their attitude is not about you), but your own behavior is about you; it is a glimpse into your state of mind. So, consider mindfulness as a way to help you own your part of your own life, and allow others to own their own lives.

Learn more about Counseling in Austin.

Why do I hate my parents?!
Scroll to top
We use cookies to ensure that we give you the best experience on our website. If you continue to use this site we will assume that you are happy with it.OkPrivacy policy