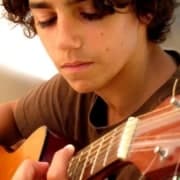 Practice matters a great deal when we talk about mastery of anything. The more you practice, the more proficient you become . . . this is true of skills like playing music, and personality traits like optimism and courage! Of course, a mindfulness practice is a central component of success in any type of practice.

For most folks, really living life will involve some sort of ‘practice.’ I’m not just talking about the repeat-the-behavior-over-and-over type of practice where you get more proficient at something; I’m more talking about a deep commitment to something that though its ‘practice’ you actually bring more balance into your life.

The focus of what you practice is not as important as the follow through . . . of course, it’s easier to follow through on something you get some sort of enjoyment out of, so I suggest taking something you already enjoy to the next level: Music, art, speaking, writing, baseball, whatever . . . just be mindful, and purposefully engage your entire awareness in the activity when you are doing it. In other words, be fully present and really enjoy it, really love the feeling of progress; even get to where you can enjoy somebody else’s success in the practice. . . for example, there was a time when I was very engaged in practicing/playing Foosball. I eventually got to where when an opponent fired off a great shot and scored, that I had as much fun as when I was the one making the great shot. I should clarify that the practice of Foosball in no way comes close to what the practice of meditation, Qi Gong and Tai Chi has done for me and many, many other people. Although I believe that a true Master would get the same benefit from Foosball practice since the Foosball practice itself would become the meditation.

It’s supposed to be more difficult at first

Try practicing writing with your non-dominant hand (if you’re ambidextrous, learn to write with your toes–really, no kidding) for 2 weeks, around 10 minutes/day, or more—the more you practice the quicker you progress, unless you overdo it and burnout (balance helps prevent this)—you WILL see some sort of improvement—even if it still looks as sloppy, you’ll likely find that it was ‘easier’ to write the sloppy words than in the beginning. It’ll probably get visibly better for many.

So, just like learning to write with your non-dominant hand, thought and behavior change can be awkward in the beginning. . . it can even feel like it will be impossible. But, with practice, we gradually get better and better. So if you feel like making positive changes are difficult, hang in there because it will get easier with time. If you think that perhaps you are not getting the results you would expect over time, get in touch with me and we can take a look at how you are practicing, and what you can try differently.

A. D.High Tech Chief of StaffAustin, Tx
Fear and Confusion as tools

Procrastination
Scroll to top
We use cookies to ensure that we give you the best experience on our website. If you continue to use this site we will assume that you are happy with it.OkPrivacy policy