Blog
You are here: Home1 / Blog2 / Couples and Marriage Counseling3 / Relationships: You Cannot Bake the Cake then Add the Sugar 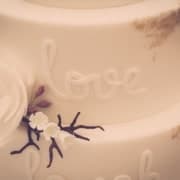 When you are in a relationship whether it is dating or marriage, you cannot simply plug in major corrections after the relationship has been established for some time . . . you must take the time to work through any hurt feelings, anger and resentment. Then as you move forward re-establishing trust, you are able to see if recovery is possible, and most often it is. But not if you simply try to behave better and expect immediate forgiveness and normalcy.

Think of it this way: When you make a cake, if you go through the entire process and leave out any major ingredients, you cannot simply pour them on top of the cake after it’s done and expect it to be well-made and tasty. You’ll have to start over and add the ingredients as you go along; you’ll have to rebuild. Likewise, when communication has been toxic, trust broken, or respect and affection withheld, it is critical that you take the time to re-establish these dynamics. To rush into them will generally do more damage as it will appear as though you do not understand the gravity of the hurt the other person is experiencing. It may also appear that you are simply faking it long enough to hook your partner back in, then revert to old ways.

M. P.Attorney
Maybe the Squeaky Wheel Shouldn’t Get the Grease

Calming the Anxiety Storm
Scroll to top
We use cookies to ensure that we give you the best experience on our website. If you continue to use this site we will assume that you are happy with it.OkPrivacy policy